How to Close a School

Unequivocally, this is the time of great distress. Millions of people have succumbed to the virus, a billion jobs at stake, and trillions of dollars disappeared into the ether. As First World countries race to find a vaccine, third world countries barely stay afloat. So it is not an exaggeration to say that every single aspect of human development is not just stunned but declined. Whilst some fields suffered significant monetary losses, nothing is as harmful as the lack of progression in the education system. Posterity needs their education to flow uninterrupted to carry the torch of humanity and everything we have achieved.

But teaching the next generation is nigh difficult in the pandemic. If it is between learning and surviving, the latter always emerges the victor undisputedly. The governments across the planet ordered their children to stay home. For coping with school closure, parents have turned to online classes. Where does this leave the buildings that once housed our children and educated them?

Many schools have gone bankrupt, leaving thousands of teachers jobless. Though school staff indeed had to bear the brunt of schools closing down, students did not escape this wave unscathed.

Shutting down a school has had adverse effects on the minds of children and parents. Some of the common difficulties we face now are:

The foremost effect of closing is the chaotic desertion of roles and responsibilities of schools. No staff would want to assume any role and direct the distressed parents and students as to what their next step should be.

The education of the children will unquestionably suffer.

Though most hold school memories close to our hearts, when we were in school, we detested it. Still, we all had one or several favorite teachers that alleviated our “suffering” a bit. When a school shuts down, the procedure to be followed is no way anything like the tearful adieu we bid at the end of graduation. An abrupt severance of all such relationships, ultimately causing the child to be disappointed.

Children are forced to miss their friends. Though they could meet outside or weekly once, it is nowhere as joyous as being in the classroom together.

If unable to stop the closing down of schools, you can always ease the process’s pain. Steps to be followed when closing a school-

This is when you tell the parents that the school will be closed in subsequent academic years. Apart from giving the parents time to search for a new school and coping with school closure, it would also help them break the news to the children.

It might vary from grade to grade, but it is crucial to adhere to the schedule as parents would have built their next plans for their child’s education surrounding this date.

Getting the documents and TC in order

To join new schools, parents would need a few documents from your school. It is essential to get them in order, and if need be, a person can be designated for this job alone.

Rather than closing the whole school at once, you could shut down each section at varying intervals. For instance, higher secondary students need more time to finish the exams while primary kids could have their exams moved up.

Any school affiliated with the Board should satisfy the following conditions before closing down permanently:

Laws differ from state to state. If your school is either from Karnataka or Maharashtra, here are the roles and responsibilities of schools to be taken care of in the event of closure of the school

Now that we’ve seen the cause and effect of closing down a school, it is not always mandatory to close the school when it is the monetary abilities that are lacking. The following two ways might help the school:

This is an obvious choice. With the right documents, a loan could be secured and help revamp the school. However, they are long and procedural and require some hard assets (apart from the school Land) to be given to the banks as collateral.

This a newer option and a much better one. You can outsource a large part of the academics, marketing, and operations of the school to other institutions in similar sectors. There are highly skilled and equipped organizations that provide a variety of services necessary to manage your school.

K12 Techno services are one such organization that helps schools manage their functions at the optimum level. They manage schools across its various functions, keeping in mind the school’s vision and mission. K12’s services go beyond managing the academic excellence the school provides but also takes care of the administrative purposes. Sometimes on an end to end basis, and provide services including,

If you are looking forward to outsourcing the roles and responsibilities of schools, do get in touch with their executives at sales@letseduvate.com. You can also call on +91-9538979789. 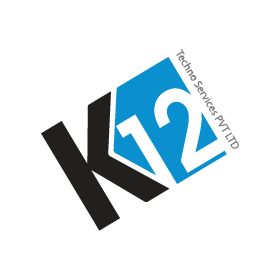